Welcome back. It is the first month of the year, it's best to start off early.
This project is a part of group build on one of my favorite modelling forums, the britmodeller. More about the build can be found there with the great help of all the participants. 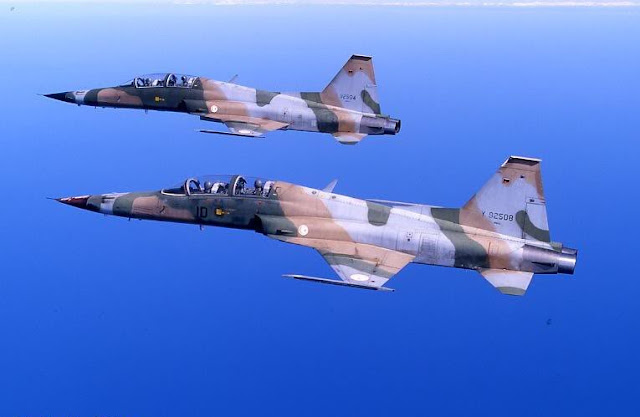 
Tunisians received Tigers in three batches. Four F version tandems and six single seat E versions were delivered in '84, followed by another four Es in '85 and finally in '89 the last, third batch of Es arrived. Unlike the original fleet the last four arrived without those big UHF antennas and tail fin fillets.

Mostly not known outside of Tunisia, that they have flown many CAP missions and ground strikes against extremists active along the Libyan border.
Most of them received some upgrades during their lifetime, like RWRs on the tail and the nose.

It is said that Tunisians are currently upgrading its fleet of Tigers with new avionics and some maintenance repairs.

Check out the latest news in an article by Tom Cooper. Great read.
Tunisia Waged a Successful Air War Against Militants — And No One Noticed

This an AFV kit with Hasegawa weapon set and Carapena decals. Most of it is build out of box, with many self-made corrections like extending the tail fin, adding antennas and RWR units. Decals were wrong and awful since the roundel on the wing should be double in size plus they disintegrated by the touch of water... 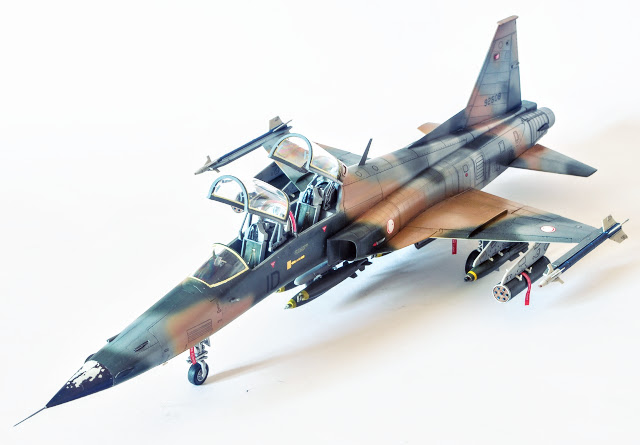 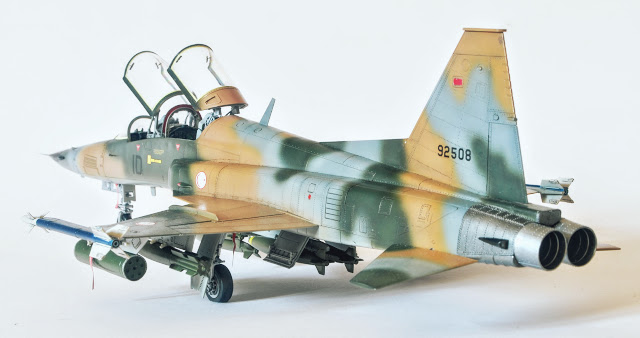 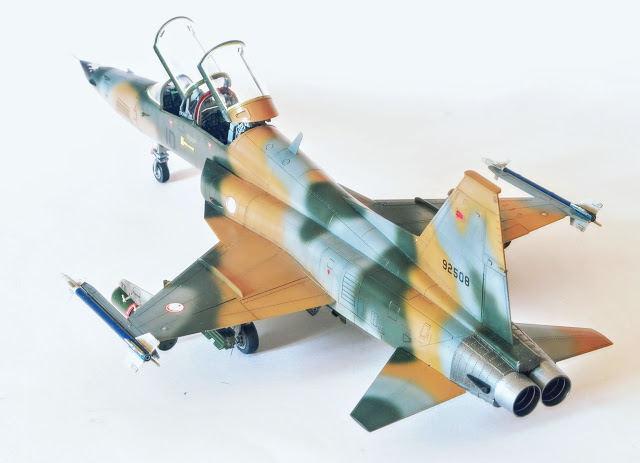 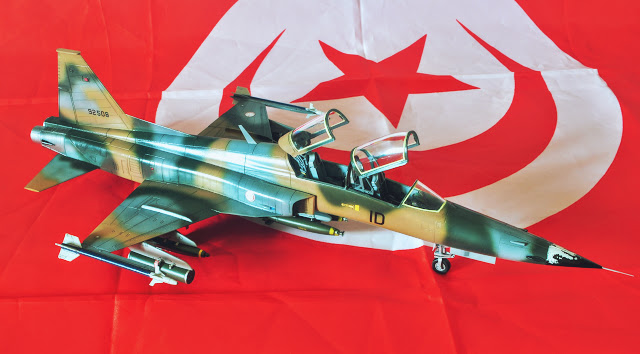 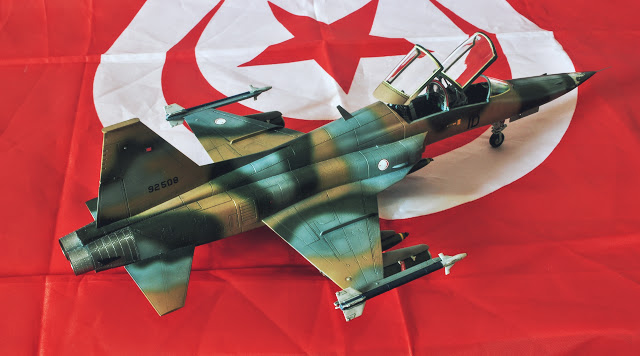